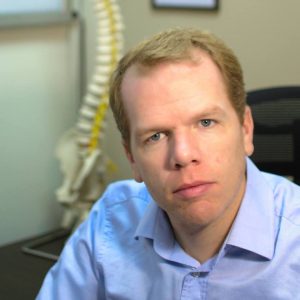 He Graduated Physiotherapy in Athens in 2004 and since then he worked in several physiotherapy praxis forming his therapeutic approach. During all this years of work he discovered his love for a special field of physiotherapy, the rehabilitation of the disorders of the lymphatic system.
He completed his training on the famous Vodder method for the Oedema Management. The last years he gained a lot of experience, assessing more than 3.500 edema cases from all over Greece and Germany with known scientists like Hans Pritschow, Christian Schuchhardt (ex. President of the German Lymphologic Society – DGL) and others. Among the edemas he has managed are primary lymphedemas of upper and lower extremities, trunk and genitals, secondary lymphedemas after oncological surgeries, swollen extremities from Cronic Venous Insufficiency or Cardiac Insufficiency or Lipedemas.
He is a member and certified instructor of the German School for Lymphedema of ZML Pritschow (http://www.zml-pritschow.de/ueber-uns/das-team.html) that offers courses in Germany and Greece in cooperation with “epimorfosis” based on the German model. Since 2010 he visits Germany regularly to follow the development in Lymphedema Management, attending clinical courses and treating patients in several specialized Lymphedema Centers of the Black Forest. For the development of the science of lymphology he is a member in the following scientific societies:
-Greek Lymphologic Society (GSL), since 2013
-German Lymphologic Society (DGL) since 2014
-Greek Society of Mastology, since 2017
-International Society of Lymphology (ISL), since 2018
–
In 2016 he was one of the founding members of the Scientific Group for Lymphedema (APLESO) of the Greek Physiotherapy Association which now serves from the position of the president of the board. He was the president of the scientific board of the 1st Lymphological Conference organized by the association in Athens in 2018.
Additionally he is specialized in the compression garments, which are an essential part of lymphedema management, and he is the only one in Greece certified for assessment and measurement of compression garments by Juzo Academy. Since 2015 he is teaching courses for compression garment measurement.
He cooperates regularly with major private and public hospitals in Greece and many physiotherapists for the lymphedema management.
In parallel in order to have a more comprehensive approach to patient management, he has completed the training in manual therapy based in the Maitland Concept (2008-2013) and since 2014 he is a member of IMTA (International Maitland Teachers Association) as an assistant instructor.
Since 2013 he is a member of ΙΚΤΑ (International Kinematic Taping Academy) which concerns the therapeutic use of elastic taping. He is teaching regularly courses about the application of elastic taping in neuromusculoskeletal disorders in Greece and Europe.
He has an MSc in Sports Physiotherapy from the University of Novi Sad, Serbia.
He is in the process to acquire an MSc in Manual Therapy from the University of Sheffield, UK.
He is a member of the Panhellenic Physiotherapy Association (PSF) and the Greek Scientific Society for Physiotherapy (EEEF).
Education / Specialization
To keep up with the scientific developments he regularly attends courses in Greece and abroad:
Myofascial Trigger Point Therapy. IMTT recognized Μodule I, II και Dry needle I. Instructors: Heidi Tanno – Rast, Heinz Hofer, Senior IMTT instructors. Athens 2010, 2011.
Neurodevelopmental Treatment – Bobath, for the Adult Patient. I.B.I.TA. Recognized Basic I, II, ΙΙΙ. Instructor: Jos Kurvers IBITA instructor. Athens – Thessaloniki 2012.
Neurodynamic Solutions. I Michael Shacklock. Athens 2010
Lumbopelvic Motor Control. Instructor Paul Hodges DSs PhD MedDr BPhty FACP. Athens 2012
Clinical Pilates – Clinical Reformer. Instructor Shari Rosenberg (UCT)- Stott trained Pilates instructor. Athens 2009-2013
Fascial Manipulation course. Instructor Dr Antonio Stecco MD. Athens 2013
Mobilization of the nervous system. Instructor Gerti Bucher-Dollenz. Athens 2012
Manual Concepts. Instructor Tobi Hall. Hamburg, Dresden (Germany) 2008,2009
Publications/Conferences
To support the development of lymphedema in Greece, in 2014 he translated, edited and published the book “Lymphedema Management” of Hans Pritschow and Christian Schuchardt.
DGL conference, Titisse (Germany) 2015:
“Case Study: Conservative treatment of a patient with chylaskos and chylous pleural effusions”
DGL conference, Hof (Germany) 2016:
“CDT in Greece – Patient Examples”
Annual Conference of the Panhellenic Physiotherapy Association, Athens 2016:
“Lymphedema after breast cancer operation – self-management and self-bandaging”

3rd Panhellenic Lymphological Congress of the GSL, in Athens, June 2016:
“Case study: Conservatice treatment of patient with chylaskus and lymphedema of the trunk and lower extremities”

32nd congress of EEEF in Athens, April 2018, teaching of the workshop:
“Applications of non-elastic and elastic taping in injuries of the lower extremity”

Presentation-Workshop in cooperation with the Association of Cancer Patients and Friends of Myconos, in Myconos, November 2018:
“Lymphedema: Prevention-Treatment-Self-Management”

Annual Conference of the Panhellenic Physiotherapy Association (PSF), in Athens, November 2018:
“The role of CDT in post-traumatic edema”

Oncological Congress of AKOS “Aim: the quality… in diagnosis, in threatment, in life”, Athens, February 2019:
“Lymphedema: the ghost of cancer”